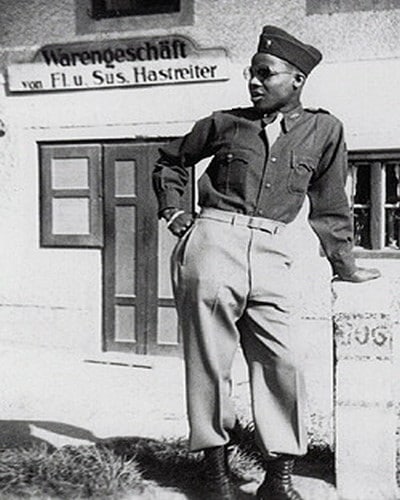 Crecy, born in January of the early 1920’s, had an esteemed life as a military man. Getting numerous awards for acts of bravery and courage as a member of the 761st Tank Battalion. Attaining nicknames like “Iron Man” and “the baddest man in the 761” was well deserved.

One of his many courageous acts that stands out during world war two was his first encounter with the enemy when their tank was immobilised. Sergeant Crecy, under heavy fire from German opposition, climbed out the tank, manned a .30 calibre machine gun on a jeep and started firing at the Germans. He killed most of them and others fled.

These acts awarded him a Silver Star. One of many over the course of his military career.