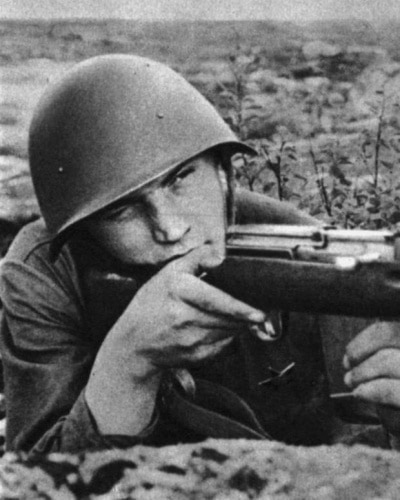 Ivan went from a cook to full active duty in the space of one day. Charging noisily at a German tank, then jumping on it. He destroyed the barrel of the machine gun with his axe and obscured the view of the driver. Ordered them to tie each other’s hands and to exit the tank one at a time.

His superiors were so impressed and he did not disappoint getting promoted from cook to scout to platoon commander in no time. He left the army as a lieutenant and received a few medals including the Hero of the Soviet Union medal.