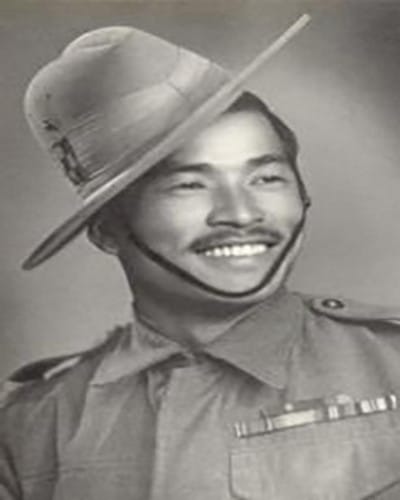 Gurung received the Victoria Cross medal in world war 2 for his heroic act against Japanese soldiers in May 1945. Havildar was on the frontline when the third grenade went off in his hand after throwing back two.

The grenade took off his fingers and consequently leaving him with just one hand to load and fire his rifle. He took out more than 10% of the enemy for a good few hours, inspiring fellow soldiers to not give up, and hold off the attack for days on end.