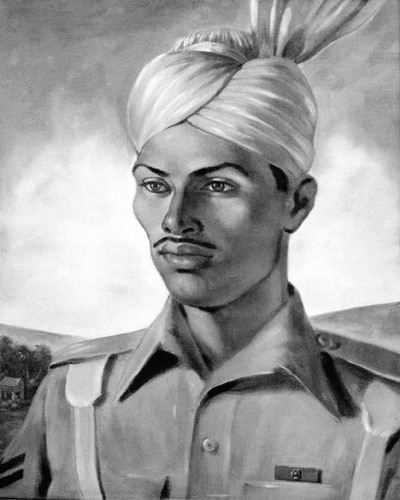 Fazal attacked and destroyed a bunker on his own. Japanese soldiers came out with swords and pierced his chest. As the assailant pulled the sword out, Din took it from his hands and killed him and another of the enemy officers.

He then went on to assist a fellow soldier struggling with a Japanese and assisted in killing him, all the while being wounded. His actions inspired determination in his battalion and eventually they killed the enemy.

His final act was to report on the situation. He received the Victoria Cross for being brave and courageous even at the expense of himself.