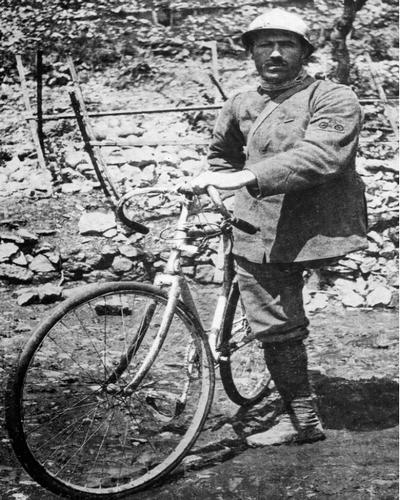 Enrico Toti cycled his bicycle across countries with one leg when the war broke out. He wanted to enlist, but was not allowed to due to his injury. Not giving up, he went to the front line anyway and was killed in his third battle.

Before he died he threw his crutch at the enemy. He received a gold medal for his efforts.